Cancer survivor on the right path to beat Debt! 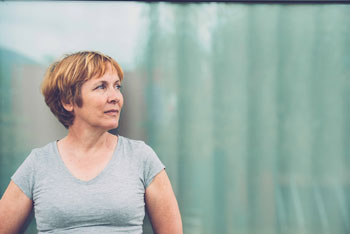 Cancer alone is a terrible burden. Unfortunately when someone battles cancer they not only have to fight this horrific disease but all the other collateral damage that comes with it. And for many people they have no other alternative but to become tough as nails.

Today I received a phone call from...well for the purposes of this blog let's call her Mary, who is a cancer survivor and whose story I would like to share.

Mary was used to her 6 figure lifestyle,which afforded her many luxuries while keeping her debt under control. Unfortunately in 2007, she was diagnosed with leukemia. Mary confided in me "The problem is, when I get sick I get really sick". As she was bravely battling cancer, her taxes started piling up and she started defaulting on her credit card debt. At this point she chose to prioritize her health, which caused her to fall even further behind on her financial obligations. Even though she has medicare and her medical debt is not increasing, she still has to deal with the constant harassment from creditors.

Fortunately, in the midst of this strenuous period, she was able to catch a break and keep her home. What amazed me the most, as she was telling me her story, was her consistent projection of strength. I could tell from the tone and dignity in her voice she was a strong and determined person who had not only won the battle against cancer, but was ready to get back on track financially as well.

She's not a delicate flower and wants no pity from others. The reality is her battle with cancer left her financially in a bad place but she is not too proud to ask for help.

During the call she told me her income has been reduced to SSDI, which means that creditors can’t legally go after those wages, but leaves her vulnerable to the constant harassment and disturbance from creditors. Fortunately Mary called us and we can offer solutions. She is due to come in tomorrow to meet with Anne, one of our Bankruptcy Attorneys to discuss her situation and determine her options.

The first thing we can do to ease her stress, and to confidently let her know what the next steps need to be. The free consultation will ensure that she is able to get the legal guidance she requires without the additional concern of coming up with the money to immediately retain us. This will give her the peace of mind she, and each one of our prospective clients, deserves. Mary won the war with cancer, and it is clear she is on the right path to defeat debt as well.