The Importance of Local Bankruptcy Counsel 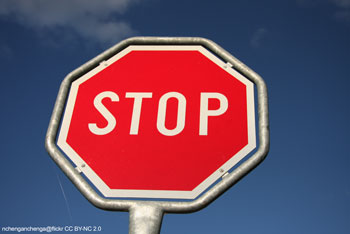 At a Chapter 13 Confirmation Hearing the other day, an out of area attorney from Fountain Valley was appearing via phone on his Sixth Amended Plan.  You might wonder, “What was an attorney from Southern California doing representing a client in Oakland that he had never met in person”?  I was wondering the same thing...

In Northern California, when done right, Chapter 13 cases are routinely confirmed without the requirement for an attorney or debtor to appear at a Confirmation Hearing.  Additionally, they are generally confirmed with the originally filed plan or after a single amendment.

While Bankruptcy federal rules are outlined in the U.S. Bankruptcy Code, the reality is that actual bankruptcy practice is incredibly specialized.  It is not only tailored to the District it is filed in but the County as well.  There are huge variances in how the judges in an area will rule and what the trustees in an area will require.  It’s not to say that it is impossible for an out of area attorney to do a good job on your case, but it is incredibly difficult.  You should always have local counsel familiar with the idiosyncrasies specific in your region and that knows the lay of the land.

A lot of people get fliers or other advertisements in the mail touting some out of the area attorney or law firm.  But how can you get to know someone, much less trust them to represent you, without meeting them first and looking them in the eye?  I wouldn’t feel comfortable hiring an attorney after only speaking to them once over the phone.

The United States Judicial Conference’s Advisory Committee on Bankruptcy Rules has proposed the creation of a National Chapter 13 Form Plan that is projected to be implemented by December 1, 2017.  I anticipate the mailers from out of the area attorneys will increase substantially at that point as these attorneys think a National Plan means they can file not only across District lines but State lines.  A National Plan, however, does not standardize Local Rules, judges and trustees, all of which can make such a difference in bankruptcy practice.  Furthermore, Districts can opt out of the National Plan which the Northern District of California is likely to do.

Next time you receive an advertisement in the mail for a bankruptcy attorney, look them up.  If they aren’t from your area, look for someone who is.  It’ll save you a lot of time, money and anxiety.  It is extremely inconvenient and stressful to have to repeatedly take time off of work to attend yet another Confirmation Hearing or Meeting of Creditor because your attorney was not familiar with the local practice in the area.