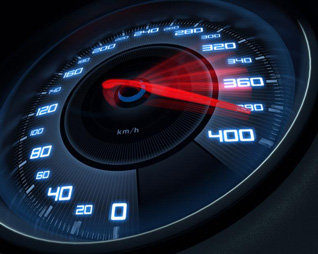 How Your Vehicle Can Survive the "Repo Man"

Vehicle repossessions are unfortunately quite common as many people are still struggling to gain a foothold in the unsure economy. Falling behind on vehicle payments can occur for a variety of reasons, with medical hardship and job loss as two of the biggest contributing factors.

Contrary to popular belief, repossessions can happen even if you’re a single day late on a car payment. While the amount of time varies depending on the lender, falling behind on car payments is risky because banks and finance companies are often trying to squeeze as much out of consumers as possible. Bill collectors are usually paid a commission based on a percentage of what they collect, so they have a very strong incentive to either obtain payment or repossess the vehicle. But that’s just the beginning of the collections process; just because they got their vehicle back doesn’t mean you’re off the hook. Repossessions usually involve all kinds of extra fees tacked on along the way in addition to the remaining balance of the vehicle after it’s auction (which is virtually always less than market value). You might expect the collections efforts to get even more intense.

Debt collectors are notorious for bending the rules and being unethical, with upwards of 130,000 complaints filed against them with the Federal Trade Commission in the last year. The truth of the matter is that bill collectors have one goal: to collect. They rarely (if ever) inform consumers of their rights under federal law and the options available to them. Scare tactics are often used instead because the consumer’s best interest is not really that important to a bill collector. If no payment is made a lawsuit can be filed and a wage garnishment can be applied to the debtor.

That’s why it’s important to speak with an experienced bankruptcy attorney as soon as you know there’s an issue. Filing for bankruptcy will stop repossessions and other collection activities immediately. In fact, in most cases you can maintain possession of your vehicle through the bankruptcy process! Of course, in some cases it isn’t worth keeping a car if it’s unneeded. In those cases, a voluntary surrender in bankruptcy means you give the vehicle back to the lender, but the debt can be wiped out completely (including any fees they’d love to tack on).

If you’re behind on your payments, contact the bankruptcy team at the Lincoln Law to learn about your options and come up with a plan of action in the event you can’t catch up on your payments. Facing repossession and other collection tactics can be frightening, but with the power of the bankruptcy code on your side, it doesn’t need to be. By choosing an experienced bankruptcy law firm, you can protect your valued property and stop debt collectors in their tracks.